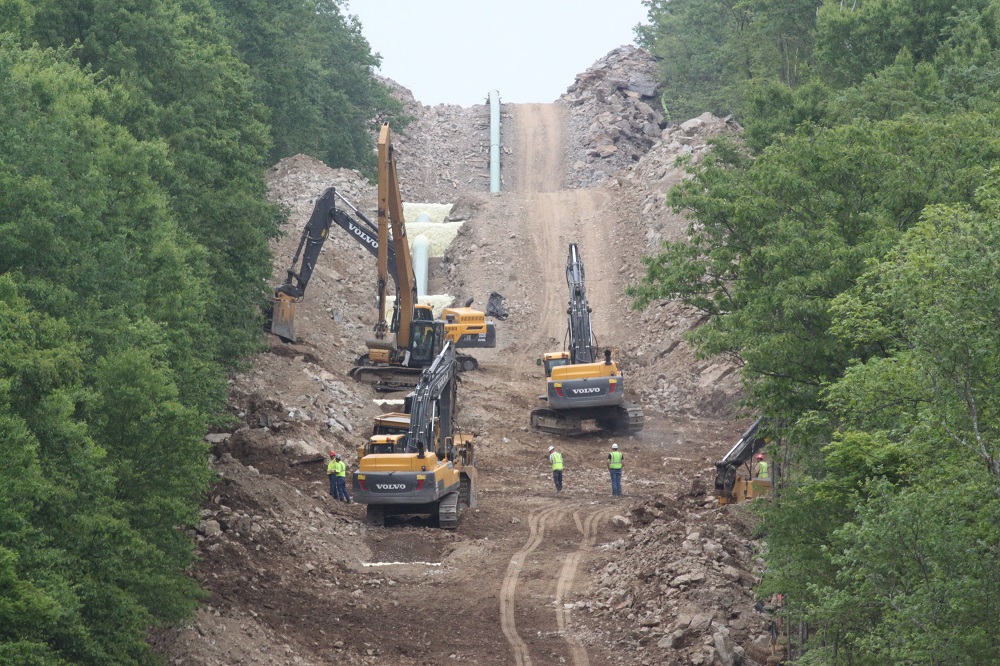 In its recent manipulation to advance their project, PennEast has segmented their pipeline into pieces and is now proffering a new Phase 1 project that has a significant and expanded footprint in the Pennsylvania portion of the watershed, a project that includes new elements and includes, as an integral part of the project, the Adelphia Gateway pipeline. While PennEast has submitted this New PennEast Pipeline project to FERC for review and approval, and recognizes the need for permitting from other state and federal agencies, it is denying that DRBC has authority.

Despite PennEast’s assertions, the facts are clear: the PennEast Project, including the Phase 1 project in Pennsylvania, will involve significant disturbance of ground cover affecting water resources of the basin and clearly requires a docket from the DRBC before it can legally proceed; this prohibition includes starting construction and tree felling. The Phase 1 project in Pennsylvania includes over 68 miles of pipeline right of way, the vast majority of which will be located within the Delaware River watershed basin. Waterways will be cut in Luzerne, Carbon, and Northampton Counties and will suffer harm. There will be impacts to wetlands, floodways, and upland habitats that will inflict direct, indirect, irreparable and enduring harm on the water resources of the basin.

Up until now, and to its credit, the DRBC has been clear that it will hold its own hearing and review process, separate from FERC; that it has jurisdiction across the entire pipeline footprint within the watershed boundaries and therefore the whole watershed project footprint requires a docket; and that no construction, including tree felling, is allowed within the boundaries of the watershed absent a valid DRBC docket.

Now more than ever, our voices are needed to show the DRBC that we stand with them and will demand and defend its authority over the project and will not allow PennEast to disregard the DRBC Compact, Rules of Practice and Procedure, Comprehensive Plan, or authorities. At the same time, we need the Commissioners and staff to know that we will be holding DRBC accountable for fully exercising its authority, including the denial of a DRBC docket which is clearly required by DRBC’s legal authorities. PennEast is likely trying to deny DRBC authority because they too see the writing on the wall, DRBC’s regulations will mandate a “NO” on PennEast.

The importance of DRBC’s authority over PennEast cannot be understated. We can be almost certain that FERC and PADEP will continue to rubber-stamp the PennEast Pipeline, putting pressure on the DRBC and NJDEP to eventually do the same. The DRBC could very well become the final backstop in stopping the New PennEast Pipeline once and for all. PennEast cannot be allowed to undermine or evade any review by any agency, particularly not DRBC, by seeking to artificially segment its project into pieces for segmented review, approval and construction.

First, Please SIGN ON to Delaware Riverkeeper Network’s May 18 letter to DRBC outlining these points, making clear that DRBC must assert its authority over the full project and protect the Delaware watershed from the PennEast Pipeline – sign on for your organization, yourself or your family here.  (If you’re are signing on behalf of an organization, make sure to list your title within the organization and organization's name).

Second, share this action alert and help spread the word.

We will be in touch with all who sign on about our expectations for this hearing and other needed next steps.